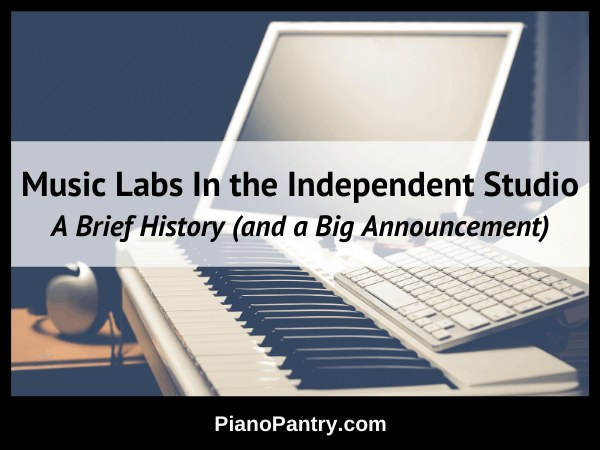 As part of the upcoming release of the Music Lab series here on Piano Pantry, I wanted to take a moment to reflect a little on the history of music labs in the independent music studio.

Along with that, I’ll share some of the experiences I went through trying to find products that I liked that were useful for this type of off-bench time.

Do you remember when you first started hearing about the idea of including music labs as part of private music instruction in the independent studio? Is the idea something you’ve always been aware of or do you recall a certain point in time when you noticed the idea emerging?

Depending on how long you’ve been teaching, I’m sure each of us will have a different answer to this question.

From my own recollection, my piano lessons growing up were fairly traditional. When I first started teaching piano right out of high school (ca. 1998-2001; I can’t remember what year I took my first student! 🙁 ), I had never heard of music labs.

Since my first degree and career was in choral education, not piano pedagogy, I’m not aware of the exact point in history when music labs became popular to include in the independent music studio. I recall being vaguely aware that it was a “thing” around 2005.

As the internet, computers, smartphones, and tablets became a bigger and bigger part of EVERYONE’s lives, the inclusion of music labs was suddenly thrown into the spotlight as the “next big thing” to help teachers grow their music studios.

This trend to me was somewhat reminiscent of the big push to save music education in the public schools in the early 2000s that used the “aesthetics” of music and all the brain benefits as reasons for keeping music in the schools. (How about the benefit of music simply for the sake of learning music?!)

When the trend for music labs started seeping into the piano pedagogy world, it seemed like everywhere you turned, it was all about adding a lab to your music studio in order to stay relevant and up with the times. New products emerged to help us organize our music labs and we were even advised to up our tuition cost by as much as 50% when including a music lab.

Here we are more than 10-15 years later and the urgency to use music labs as a way to make your studio more relevant and appealing seems to have subsided. Students in today’s world are no longer “wowed” by technology as it’s part of their daily life.

Does this mean that they are no longer useful? Absolutely not! Studio teachers seem to have simply settled into a more balanced view of how to include technology.

I think it’s safe to say that most teachers don’t feel as pressed to include technology simply as a way of drawing students in but are still looking for ways it can support and supplement both our teaching and student learning.

This is great news!

Even though I’ve been teaching piano since around 2000, I didn’t begin including lab time until I opened a full-time studio in 2011.

The Development and Evolution of My Studio’s Labs and (Thus), This Series

Since I opened my studio and started using music labs, there are a few things that have remained consistent:

The part that HAS changed and evolved has been the programs I use and the way that I assign and track lab assignments.

In the early days, I didn’t have an iPad so I started with computer-based programs such as Music Ace Maestro, Alfred’s Interactive Musician, and Essentials of Music Theory, along with a subscription to the online Music Learning Community.

I used some of the materials that were produced specifically for music labs that are already out there. While they were good products, I found out pretty quickly (within the first year or two) that they just weren’t working for me. Plus, I didn’t want to have to purchase an additional book for each student to use in lab time.

Mainly, I was looking for something that was flexible enough to suit the variety of students I taught as well as the various materials I used. (I’m not a one method-book type of gal.)

In my quest to find my own perfect solution to my music lab assignment problems, I began creating my own materials. 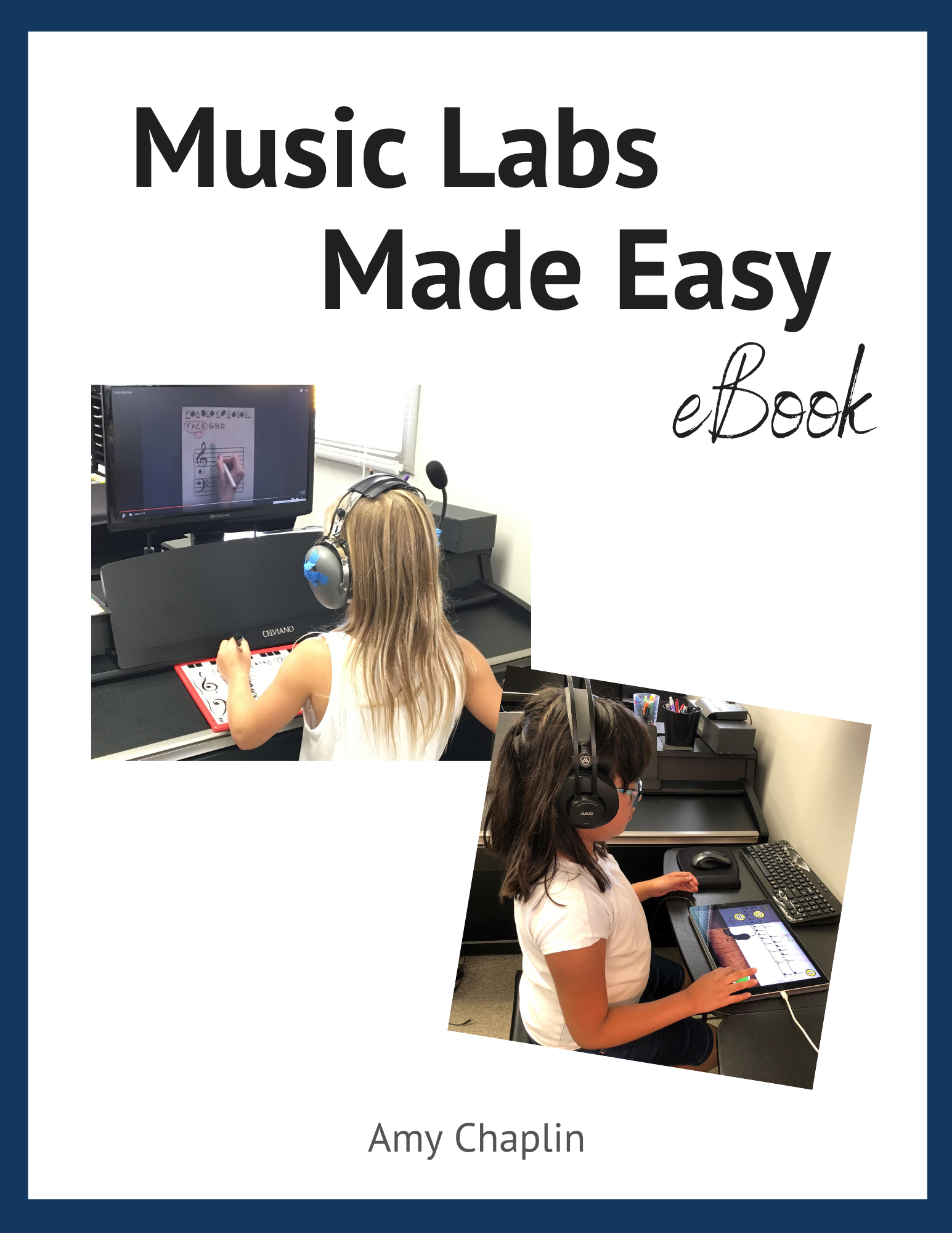 Curious for more details on how I run my music labs?

Get this 15-page eBook that is chock full of all kinds of “pro tips.”

Laid out in an easy-to-read and understand format, this book will answer all your questions regarding music lab time!

The Music Lab series including the Music Labs Made Easy eBook is now available in the shop.

Subscribe to the Piano Pantry email list and get my once-a-month “Secret Letter” which includes what’s been going on in my studio that month, new posts on the blog, books I’m reading, favorite Instagram posts, and other fun things!

Some of my favorite places to shop online for my business include Sheet Music Plus and Amazon. (Read my affiliate disclosures.)